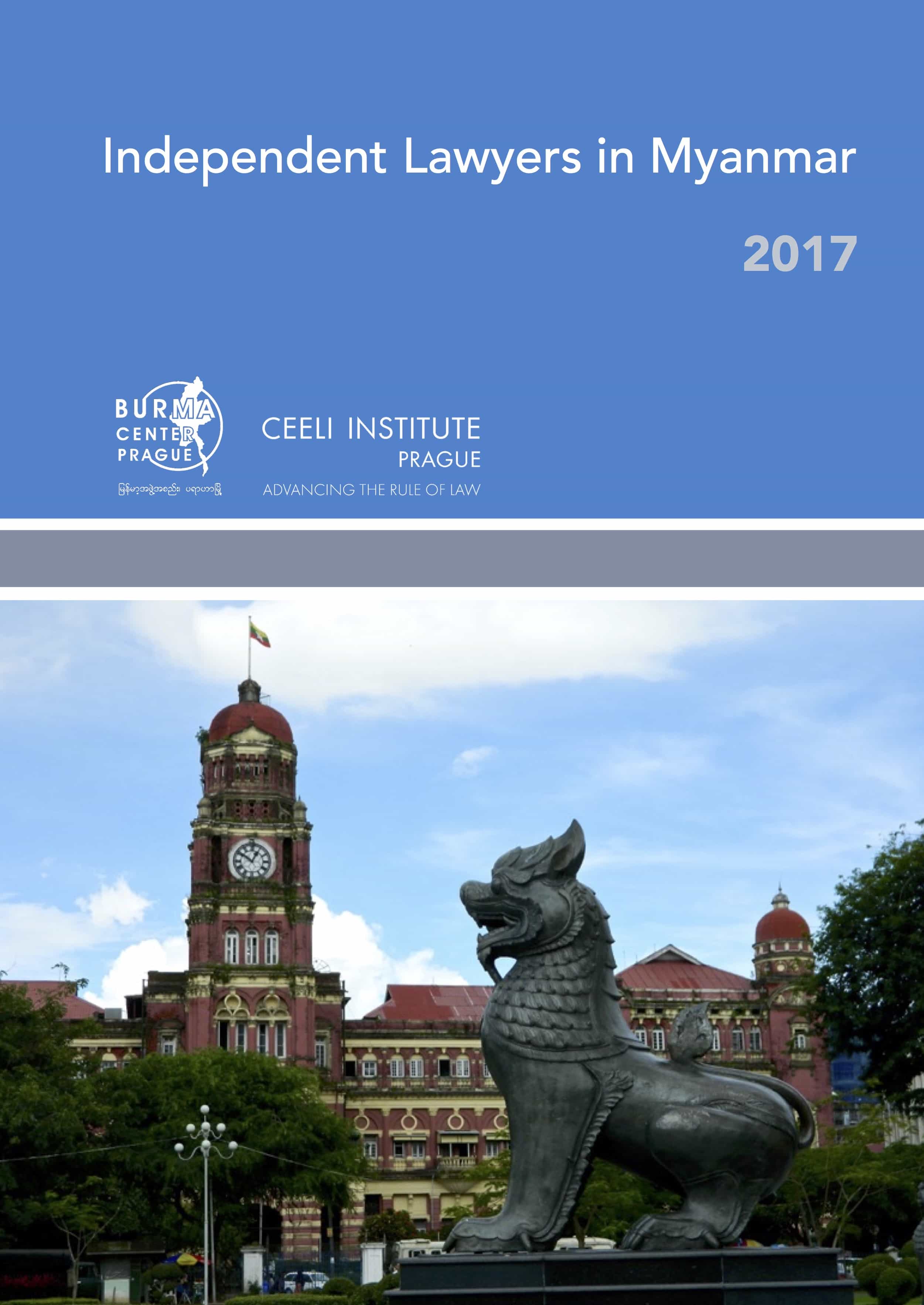 Published in 2017, by Burma Center Prague, Czech Republic, with financial support from the Ministry of Foreign Affairs of the Czech Republic within its Transition Promotion Program.

Independent lawyers hold a key role in promoting and practicing the rule of law, particularly in Myanmar where numerous challenges remain. Many of them provide pro bono legal aid to the needy and offer their assistance in human rights cases. In their work, they often have to cope with obstacles including administrative hurdles, insufficient equipment, deficient qualifications or experience, or even intimidation by powerful opponents.

This report presents selected cases that the independent lawyers defended and concludes the activities of 4 years in Myanmar (2013 – 2017), during which Burma Center Prague (BCP) together with the CEELI Institute (CEELI) supported independent lawyers through training, workshops and networking with the media and members of parliament.

While independent lawyers contribute an important part to the transition of Myanmar towards a stable and genuine democracy and the respect of civil rights, the heritage of over four decades of military dictatorship still impairs their work today. Associations of independent lawyers were illegal for long time and professional networks tried to operate underneath the radar of the administration, lacking a clear structure and even avoiding committing themselves to membership.

The first years of our program efforts in Myanmar were therefore dedicated to empowering the Myanmar Lawyers’ Network (MLN), which was the first and main focal point of independent lawyers with a strong interest and experience in human rights cases – many of the actors have been victims themselves. While the political and legal situation opened up the possibility of consolidating this network as a registered entity, the project aimed to assess further needs and opportunities to empower independent lawyers in the regions of Myanmar.

Rather than adding further data to the already existent corpus of recent research about the rule of law in Myanmar, this report seeks to illustrate the current situation, the key role of independent lawyers and their requirements for doing future work by presenting several cases where their involvement is crucial to asserting the rights of those who otherwise would be left to their own devices.

Based on past project work, the report eventually tries to formulate some recommendations for future activities to support independent lawyers in Myanmar.

Information for this report was obtained through a variety of online publications, as well as individual interviews with Executive Committee members of the MLN and other lawyers.